The Duchess of Cornwall today highlights how an estimated one million women have missed vital mammogram tests as a result of the pandemic.

In an exclusive article for the Daily Mail, she writes movingly of loved ones suffering cancer and praises the incredible work of the nationwide network of Maggie's cancer care centres – now marking 25 years since their launch.

She says that they are needed now more than ever. Camilla writes: 'Like everyone, I have seen close family and friends fight cancer. Sadly, some have now gone, but others came out the other side.

'I wish that a Maggie's centre had been available for them all – as, indeed, I wish a centre were available for all those who are now in the worrying position of waiting for their cancer treatment. Estimates say that almost a million women missed their mammograms over the pandemic.' 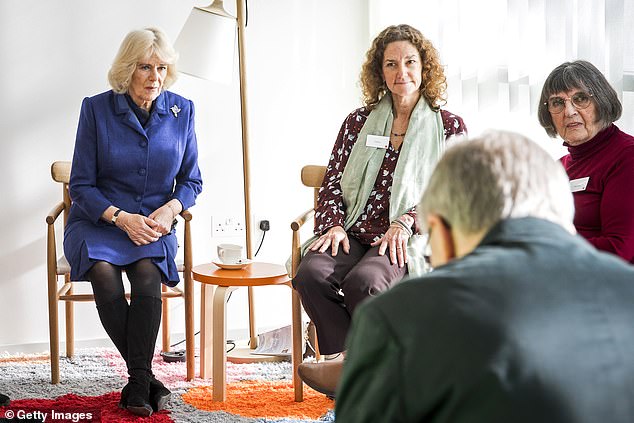 The duchess, 74, became president of Maggie's in 2008, after visiting its first centre in Edinburgh. Founder Maggie Keswick Jencks was a writer, gardener and designer

Earlier this year The Lancet reported that an estimated 45 per cent of those with potential cancer symptoms did not contact their doctor during the first wave of the pandemic.

They were afraid of contracting Covid or wanted to avoid placing extra strain on the NHS.

Experts predict this will lead to a spike in later cancer diagnoses, making some previously curable tumours more difficult to treat and further excess deaths 'unavoidable.'

The charity Breast Cancer Now estimates that, out of the million women who missed their mammograms due to the breast screening programme being paused in March last year, around 8,600 could have been living with undetected breast cancer.

The duchess, 74, became president of Maggie's in 2008, after visiting its first centre in Edinburgh. Founder Maggie Keswick Jencks was a writer, gardener and designer. Camilla knew her when she owned a fashion boutique in London in the 1960s. 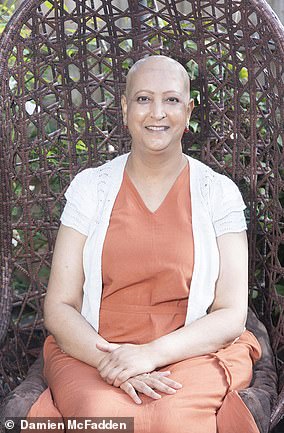 Former civil servant Sajida Arbi, 55, has told of her gratitude to Maggie's – which she calls her 'second home'

Former civil servant Sajida Arbi, 55, has told of her gratitude to Maggie's – which she calls her 'second home'.

She said: 'Without Maggie's support, I would have lost myself after my diagnosis. I'll be forever grateful. In May 2012 I found a lump in my right breast.

'Two months later, it was confirmed as cancer. I was only 45 and at the peak of my life so it came as an absolute shock.

'I was fast-tracked into chemo and had a mastectomy and reconstruction in 2013. But after five years in remission I started having pains in my legs – cancer had returned and spread to my bones.'

The Londoner, pictured, added: 'This was when I started visiting the Maggie's Charing Cross centre and it's now like my second home.

'As soon as I enter, I can be myself. Psychologically, cancer can plague your mind. But even when I'm in the darkest place, Maggie's helps put me back together. I now visit Maggie's weekly while I have treatment.

'It's great to come out of the sterile hospital into the warm comfort of the centre.'